Are you ready for Taylor Swift?? The country-turned-pop sensation is back with her Reputation Stadium tour in support of her latest album, “Reputation”. Coming to the AT&T stadium on Friday 5th October 2018 – get your tickets NOW!! 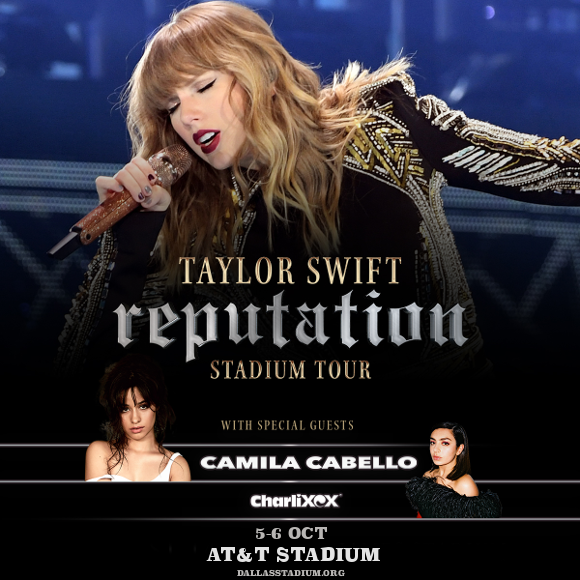 With the release of her latest album, Taylor Swift has been noticeably quiet about the promotion, not doing a single interview – and rather, in keeping with the album’s theme of “reputation,” letting the music, much of which is critical of the media and the way she’s been a target of harassment and online bullying, speak for itself.

"I think something that came out of it that was good is that I learned a really important lesson that I've been telling you from the stage for about 10 years… to do with how much you value your reputation,” she said previously. “You shouldn't care so much if you feel misunderstood by a lot of people who don't know you as long as you feel understood by the people who do know you — the people who will show up for you, the people who see you as a human being. So thank you, thank you, thank you for taking the time to get to know me, for showing up for me, for seeing me as a human being.”

Now she’s ready to thank fans in person. Get your tickets QUICK!!