Previously known as the Cowboys Stadium, the AT&T Stadium is one of the most well-known stadiums in Texas, United States. Featuring a retractible roof, it is the home of the Dallas Cowboys of the National Football League (NFL) (replacing the Texas Stadium, the Cowboys’ home from 1971 to 2008) as well as the Cotton Bowl Classic.

The stadium’s most notable feature is its pair of massive arches, anchored at each end, that span across the entirety of the stadium dome. The AT&T Stadium cost $1.15 billion to construct, making it one of the most expensive sports venues ever built. In addition, the stadium boasts a seating capacity of 80,000, tying it with the Los Angeles Memorial Coliseum for the title of fifth largest auditorium in the NFL!! The stadium’s size makes it the perfect location for just about any event from concerts, to basketball games, to Spartan races! 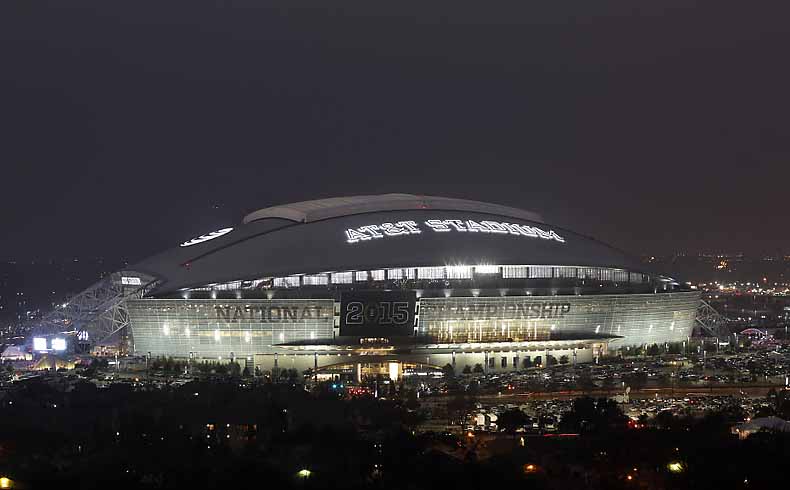